FFXIV Five New Main Scenario Quests And The Other Quests

The forthcoming expansion of Final Fantasy XIV introduces a new Samurai class, according to Square Enix, the Samurai is melee DPS type that uses katanas and isn’t associated with any other class. Players who create a Samurai will start at level 50 (Stormblood increases the level cap to 70), though that specific number may still change. 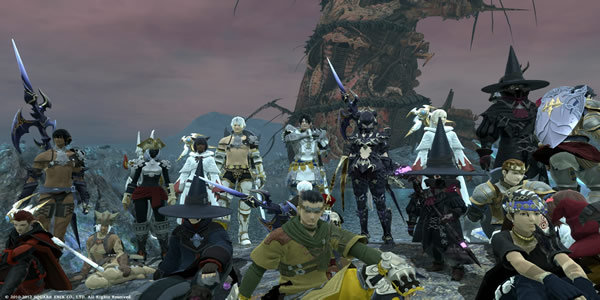 What’s more, In Final Fantasy XIV, there are five new main scenario quests, the first titled “Tidings from Gyr Abania,” will require a disciple of war or magic level 60, access to NPC Tataru, and the completion of main quest “An Ending to Mark a New Beginning.”

The other quests are a secret, listed in the patch notes with little more than question marks, but it does appear the new quests are all a part of a single quest line, requiring the completion of each in sequence. There are also new side quests, side story quests, anima weapon quests, beast tribe quests, and Chronicles of a New Era quests.

FFXIV4GIL.COM have long years experience in the business allow us to efficiently and confidently deal with all kinds of issues. Our overwhelming stock size gives us confidence that our prices are the lowest that you will find! are you now seeking cheap Final Fantasy XIV Gil?