Skip to content
Home > Path of Exile > What Are Your Thoughts On The 3 New Gems In PoE
Published May 2, 2018 by

What Are Your Thoughts On The 3 New Gems In PoE

In Path of Exile, what are your thoughts and opinions on the 3 new gems in 3.2, namely Summon Phantasm on Kill, Spectral Shield Throw and Tectonic Slam? 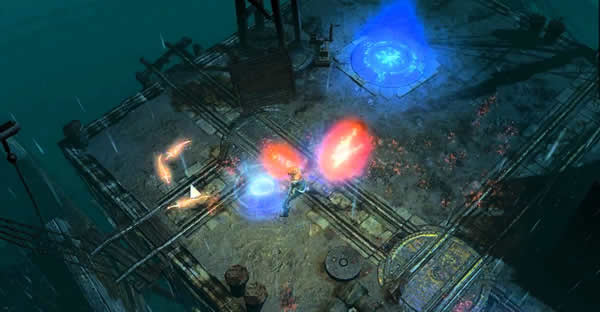 For me, I actually love summon phantasm on kill, but I think it’s a shame that it’s purely “on kill” based.

It follows the trend of gotta go fast synergy in this game, the faster you kill, the better your DPS and consistency of DPS is, if you don’t kill rapidly, you have less phantasms, thus punishing you. It’s similar to Vaal Skills, OP flasks, stuff like Headhunter, basically every on kill effect.

That said, the concept of adding an additional summon to your arsenal is awesome to me, and the concept of that extra summon being a support gem is equally awesome. I love playing with it while levelling, and I enjoy the availability of it for just general build tinkering and theorycrafting.

I just don’t like the on kill aspect of it, how weak it is for bossing as a result, and how it exacerbates the gotta go fast design philosophy of the game. Make it summon phantasm on hit, reduce the chance to spawn it relative to that, increase the duration lifespan of the phantasms and I’d be completely happy with it.

Tectonic slam I have used Quite a bit and while I like it and it makes for a better boss killer than a lot of other melee skills it has a few problems which in the end make it less appealing to use.

Comparing it to sunder the positives are:

Less range than sunder and using concentrated effect compounds this. This is fine but when sunder does almost the same basic but CAN use conc effect without penalty that little point becomes a factor in whether or not you use the skill. What about you?